WE SERVE THE PEOPLE THAT SERVED US. 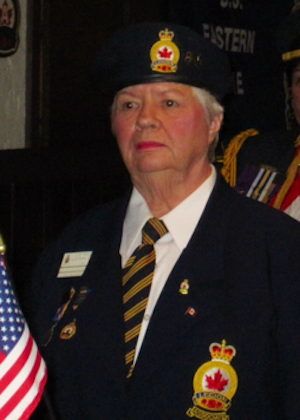 It was in 1988 that  Judy became a Ladies Auxiliary member of the RCL Maple Leaf Post 84 in Royal Oak, MI.  She was an active Auxiliary member and served on various positions and projects. In 1995, with the dissolution of the Ladies Auxiliary, she became an Associate member of the Post. Her Post Offices have included: 1st Vice Commander, 2nd Vice Commander and Finance/Membership Officer.

In 2001, Judy was elected as the 2nd Vice Commander of the RCL Eastern US Zone. In 2003,  she then became the 1st Vice Commander. In September 2019, she was elected and installed the Commander of the Eastern Zone and continues to serve in that capacity. For her work in this position, Commander Ray Mullen recognized Judy by presenting her with The RCL Membership Achievement Award. She had had the honor of attending the Dominion Command Conventions held in Calgary, Winnipeg and Halifax. 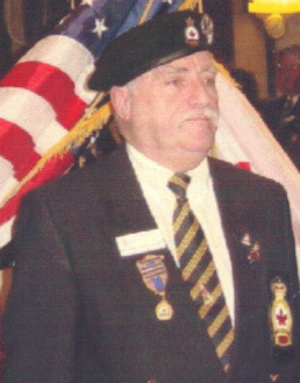 Ray Miller became an Ordinary member of The RCL Maple Leaf Post 84 in Royal Oak, MI in 1985.  Since then, Ray has held the positions of Trustee, Bar Manager, Adjutant, Sergeant at Arms, 2nd Vice Commander. In 2001, he was honored by being made a Life Member of Post 84. One of his many achievements for RCL Post 84 was to conduct a Building Fund project which raised over $6,000.00. In 2003, Ray was elected the Commander of RCL Post 84.

In 2001, Ray was appointed Sergeant at Arms for The RCL Eastern Zone and now serves as 1st Vice Commander in charge of Zone membership, and continues to serve in that position. Ray states that membership in the RCL over the years, has given him the opportunity to meet, work and socialize with many RCL Comrades stating "I will always treasure those comrades".

On September 2019, Ray was elected and installed as 1st Vice Commander of The  RCL Eastern Zone, USA and continues to serve in that capacity. 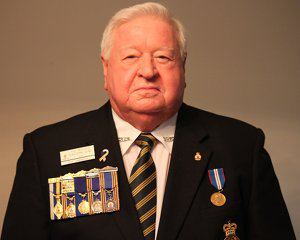 Ray became a member of Post 92 of The Royal Canadian Legion in 1970. He was elected Post Adjutant in 1971 and held that position until 1985. In 1986 he was elected 2nd Vice Commander and served in that capacity for two years.

In recognition for Ray's many years of service, on April 25, 1996, Commander Mullen became a Life Member of The Royal Canadian Legion. 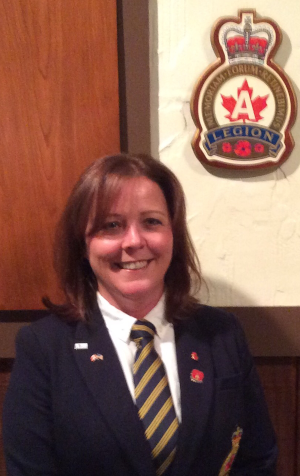 Kathi Macgregor is the daughter of a US Army Veteran and British war bride. Kathi says her parents were very active in Lorain, Ohio's  Canadian Legion in the 60's and 70's and in 1972  became an officer in Lorain, Ohio Post 54's Auxiliary. In the 1990's she became the Adjutant for Lorain's Post 54. She later became the Great Lakes States Command's Auxiliary Secretary in the 1980's continuing on to be the Command's Auxiliary President in 1983. With the demise of Lorain, Ohio's Post 54, she transferred her membership to Lakewood, Ohio Post 134.

During her term as the Command's Auxiliary President, she also became the Command's Zone Adjutant. She has been the Great Lakes States Command (now known as) The Eastern Zone Adjutant and continues to serve in that capacity under the reign of many Commanders.

Kathi is also proud to say she was the Past Captain of The Royal Canadian Legion Ladies Drill Team, of Lorain, Ohio that was sponsored by the Eastern Command, retiring in 2013. Under her direction the Team performed precision drills at many Eastern Zone Conventions and retained their heritage by marching with local bagpipe bands in parades throughout Ohio. She was honored to participate at the Ohio Scottish Games in Wellington, Ohio and also led them in four New York City Tartan Day parades....marching along with 500 Pipe Bands from all over the world.  Her last honor as Captain was winning the 2012 Allied Visiting Marching Unit award in the Warriors' Day Parade in Toronto, Canada.

Since retiring from The Royal Canadian Legion Drill Team, Kathi states she was proud to serve on the Lorain Historical Society's expansion committee, which undertook a successful $3M renovation of Lorain's local Carnegie Library, making it the new home of the Society's museum.

To reach her: send an email to kiltiegal8@gmail.com 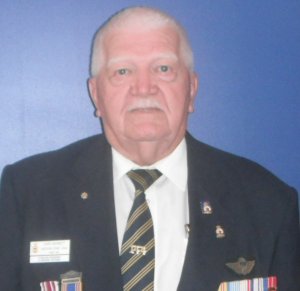 Gord Bennett states he has been the Commander of Post 144 RCL, Pinellas County Florida; Eastern Zone (US)Chaplain, Service Officer, & Resolutions & Credentials Officer. He was appointed Legion Magazine Liaison Officer. His Military history includes  serving  in the Royal Canadian Regiment (1st Bn (Airborne)) 1951-1954 Korean War veteran. He enlisted in the Reserves after Korea, and served for an additional 32 years, attaining the rank of Captain. Joining  The Royal Canadian Legion in 1978 he was elected as Commander of Post 144 in Florida in 1998. He later was elected to the position of U.S. Eastern Zone Chaplain & Service Officer in 2004. He was awarded Life Membership in 2011. 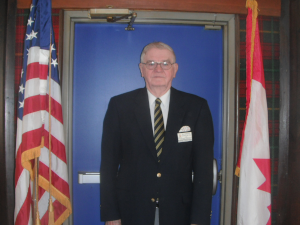 Bill was born in Mt. Vernon, Ohio in 1935 and joined the United States Air Force on 3 November 1963. His duties in the service were Ground Radio Maintenance Technician in several commands Worldwide and Aero Club Maintenance Officer at Vance Air Force Base. Bill retired from USAF on 31 July 1976.

In 1985, he became a member of The Royal Canadian Legion and since then has held the following offices in Dayton's Post 168: Finance Officer; Post Adjutant and continues to serve in that capacity.

Bill was elected and installed in the Central Command as Commander, which later became The RCL Eastern US Eastern Zone. There he held the following offices: Zone Commander, Legion Magazine Correspondent, Resolutions, Credentials  and Finance Officer. He continues his service as the Eastern Zone Finance Officer.

Bill is currently involved in many Community Organizations to which he offers his services: American Legion Post Adjutant, County Commander, District Oratorical Chairman, 40 and T8 Finance Officer, VFW 9966, Service Officer and is a Ruling Elder in his Church Session.